On Friday, May 10, 2019, the Consul General of France in San Francisco, Emmanuel Lebrun-Damiens, had the privilege of bestowing U.S. Veterans Daniel F. McAllaster (P-38 Mechanic), Richard A. Nelms (B-17 Pilot) and Stanley Zemont (Demolition Squad Leader), for their services in France during the World War II.

This ceremony took place at the Museum of Flight in Seattle along with 100 guests, the French Honorary Consul in Seattle Jack Cowan, and Veterans’ families and close relatives. 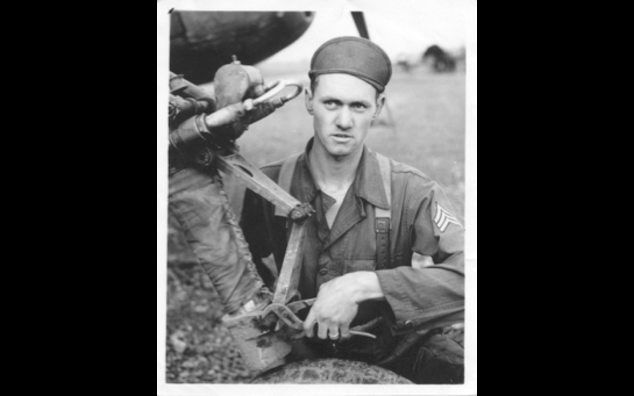 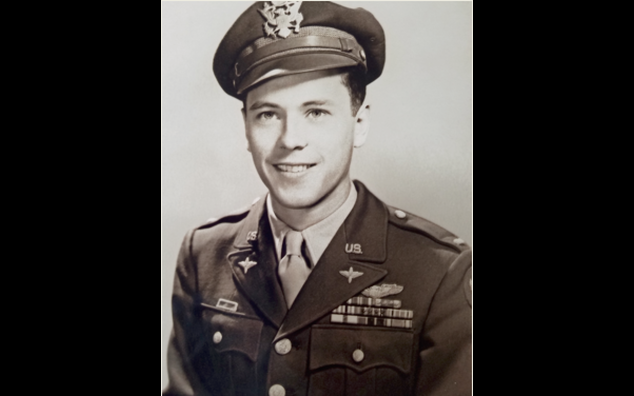 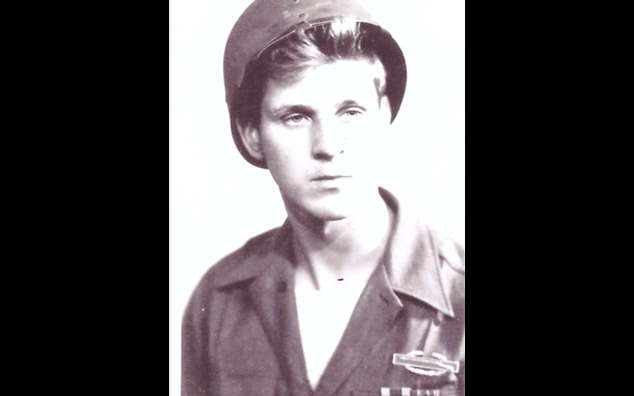 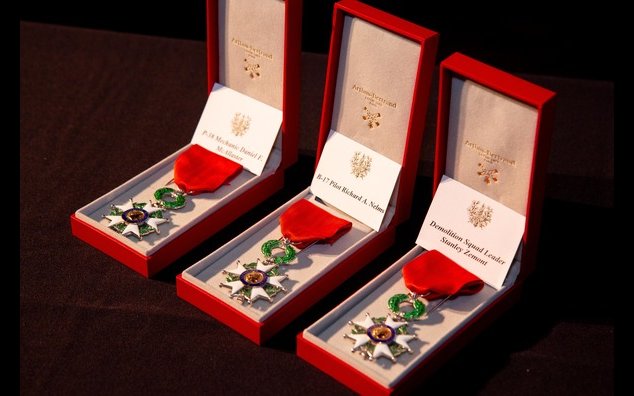 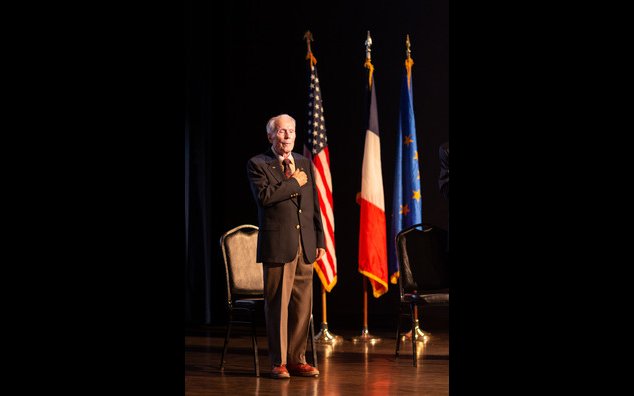 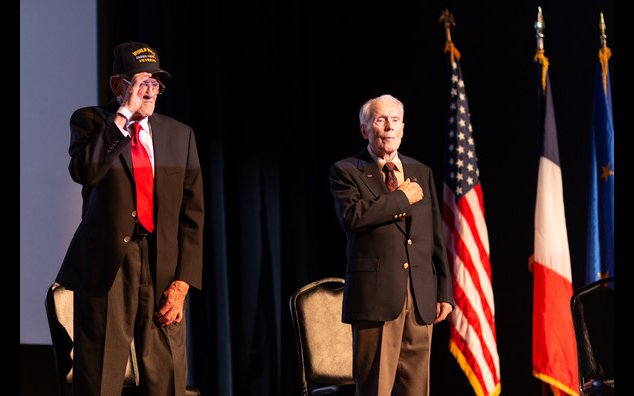 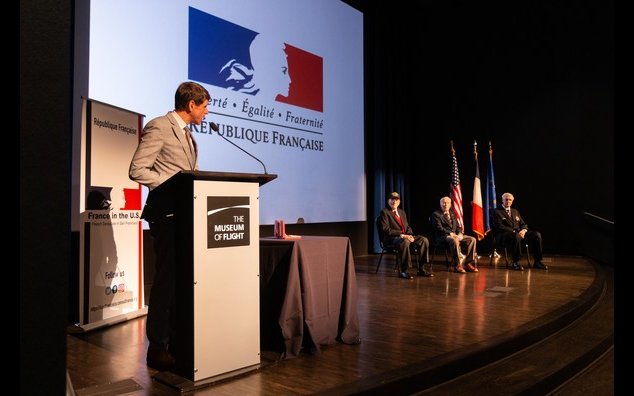 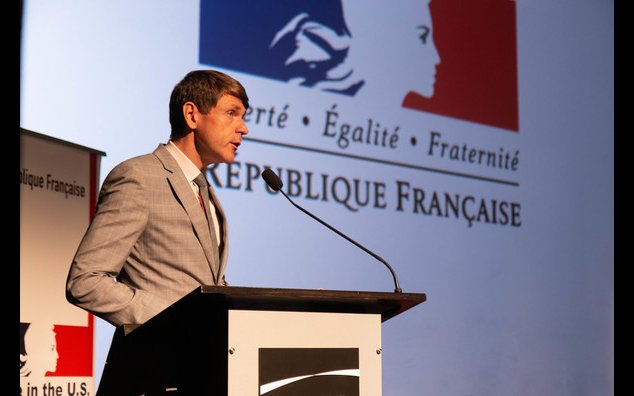 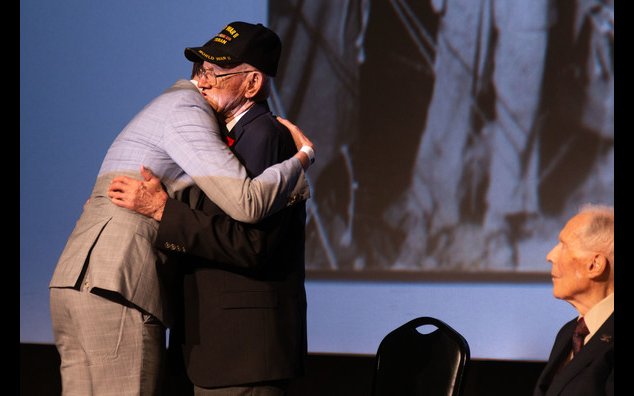 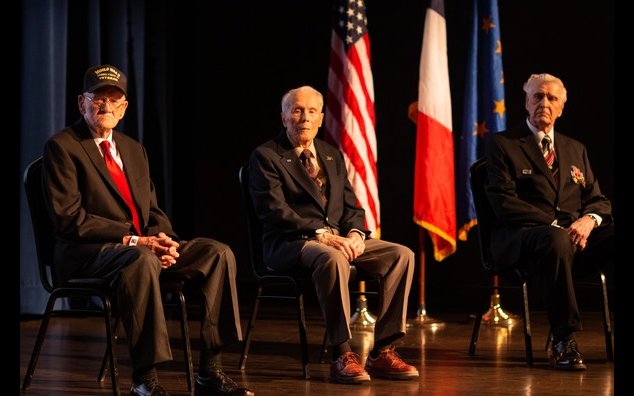 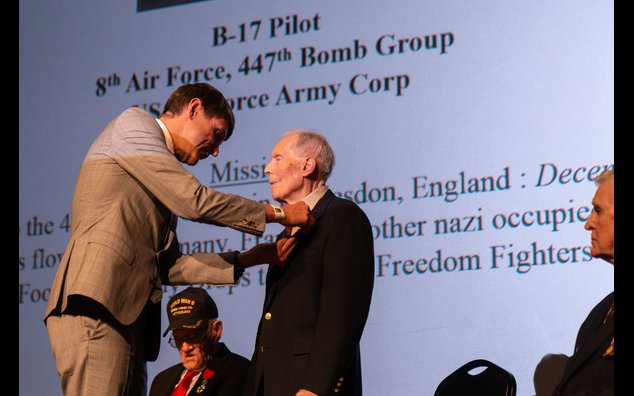 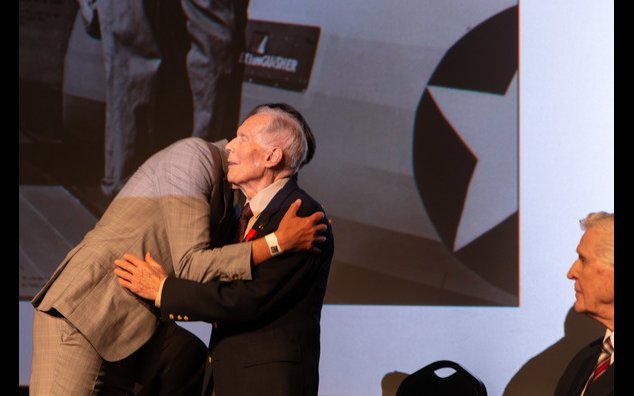 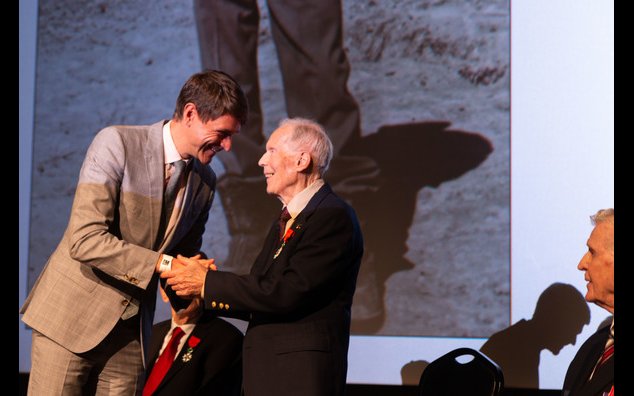 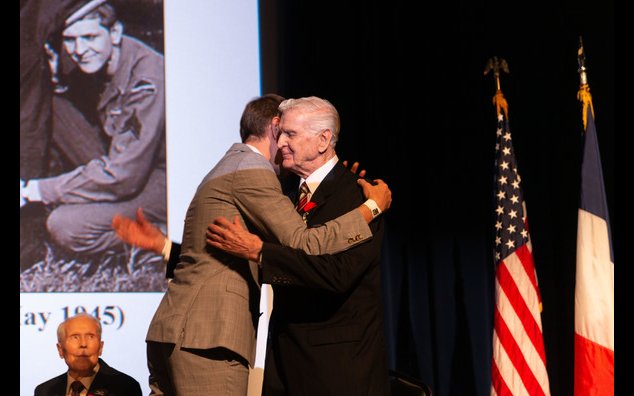 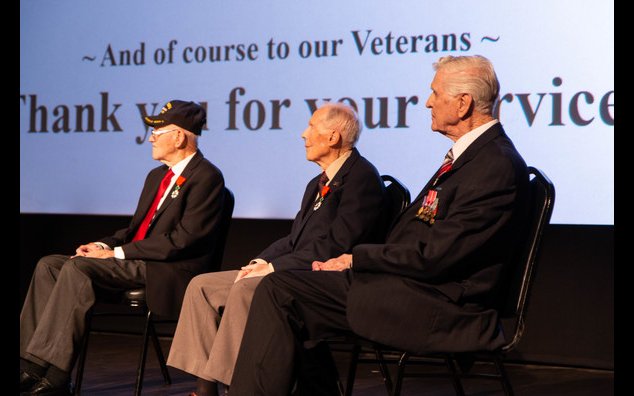 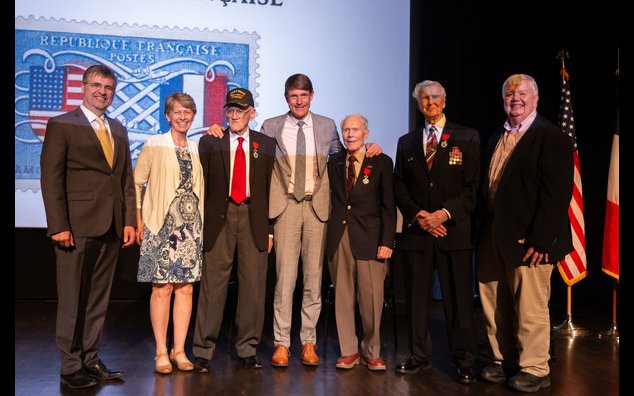 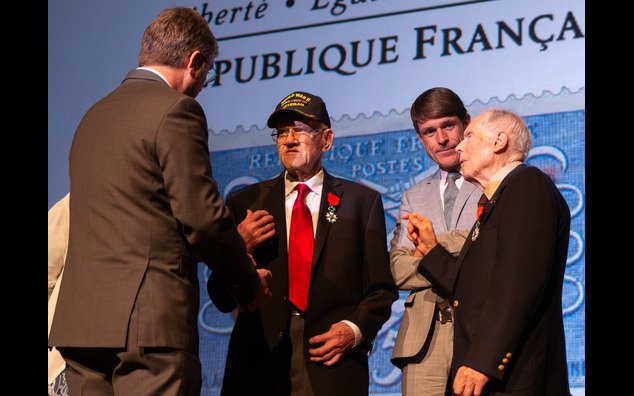 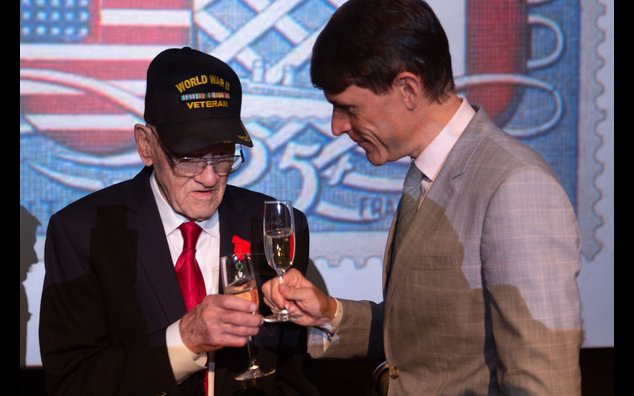 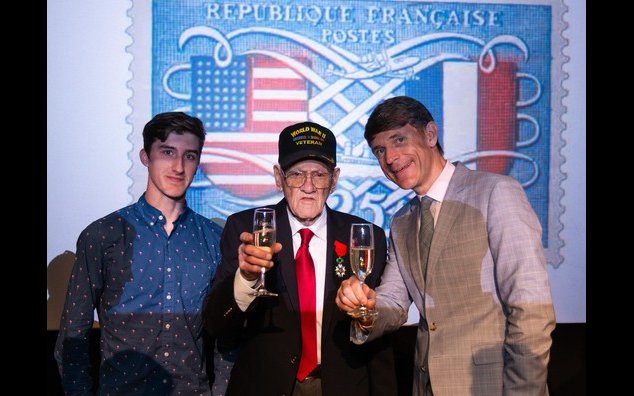 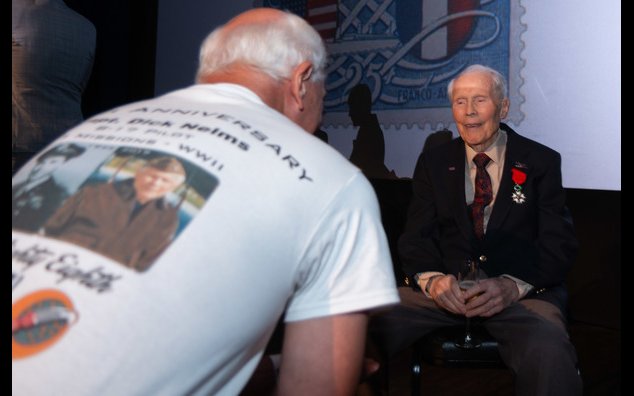 Established in 1802 by Napoleon Bonaparte, the Legion of Honour is France’s highest award and is conferred upon men and women, either French citizens or foreign nationals, for outstanding achievements in military or civilian life. To be eligible, living veterans of all the United States branches of the armed forces must have fought in at least one of the 4 main campaigns of the Liberation of France: Normandy, Provence, Ardennes or Northern France between October 1943 and May 1945.

On the 70th anniversary of the allied invasion in June 2014, the French President, François Hollande, announced that the distinction would be awarded to all veterans who fought for the liberation of France during the Second World War. 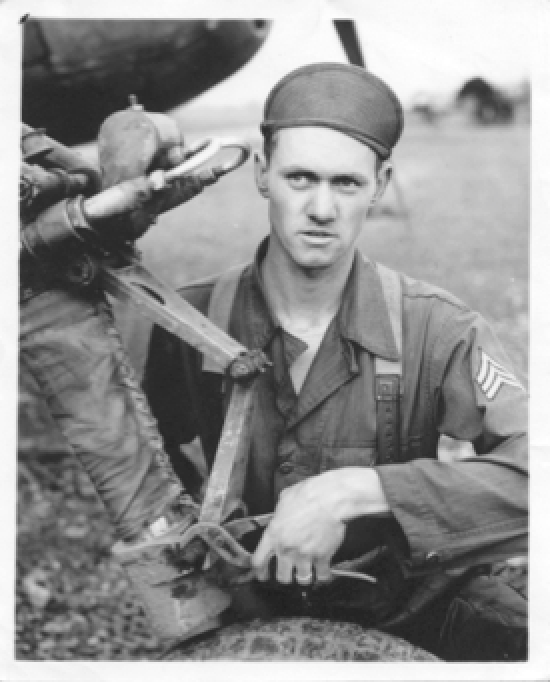 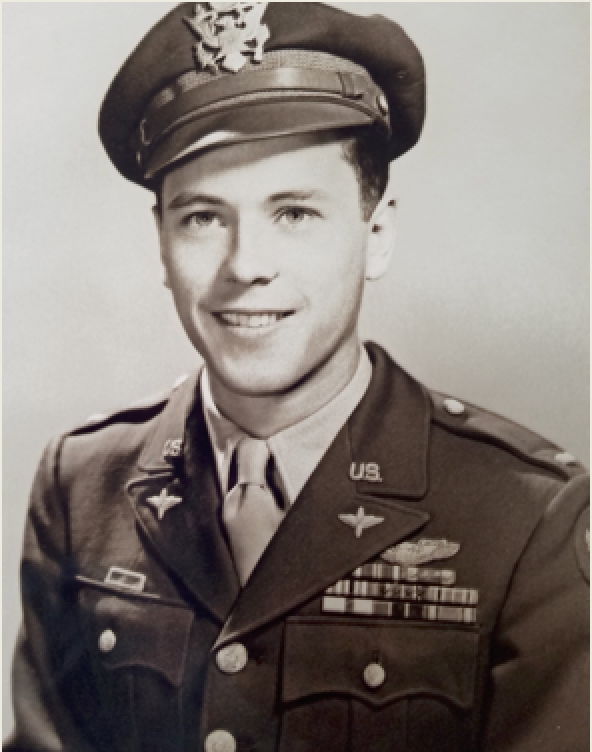 Dick received a Certificate of Special Congressional Recognition for participation at the Battle of Normandy and the liberation of the region of France and of Europe; Distinguished Flying Cross medal for extraordinary achievement and superior airmanship while serving as Pilot on high altitude heavy bombardment missions over Germany and Nazi occupied Continental Europe; Air Medal with four oak leaf clusters; US Presidential Unit citation for accuracy in bombing; European Theater ribbon with four battle campaign stars; and, WWII Victory Medal.

After completing his tour, Dick volunteered to remain with the 447th as squadron duty officer. In December 1944 he returned to the US and was stationed at Hendricks Field in Sebring, FL; then moved onto Tyndall Field, FL for flexible gunnery school training before transferring to Dodge City, Kansas for B-26 transition School; and, finally to Liberal, Kansas where he he was assigned as Squadron C-3 Commander through the duration of WWII. Captain Nelms was honorably discharged in December 1945. 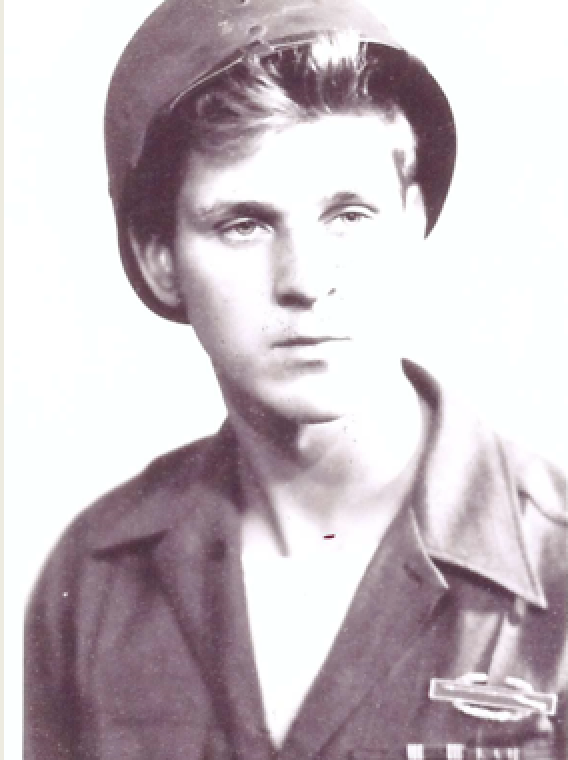 “After my return to civilian life I hired in at Hughes Aircraft Company in Culver City, California. I mostly worked on different Missile Programs that involved Air to Air and Air to Ground and Ground to Ground systems. When the Company developed the A-6E Detecting and Ranging Set (DRS) a wonderful Classified System that I worked on as a Configuration Management Administrator. I did this for a few years, and since I was single I decided to go into the field as a Hughes Field Rep; even if I dropped a few grades so that I can get out and see some of the World. This was a wonderful choice. I got to deploy with the USS America to the Persian Gulf with visits to different countries and later I was sent to Iwakuni, a Marine Air Base in Japan, that sent me on deployments to South Korea, and Philippines. While on these deployments I had custody of $28 million in assets because the Navy did not own the Systems. After being deployed to Japan for three years my company sent me directly to Oak Harbor Naval Air Station in my first visit to the State of Washington. During my year in Washington we reached Material Support Date that gave the Navy full control of all the Hughes Systems (they bought the system). My company wanted me to return to the LA Area, but I fell in love with Washington and retired after 32 years. I choice that I never regretted because of the many friends that I have made.”