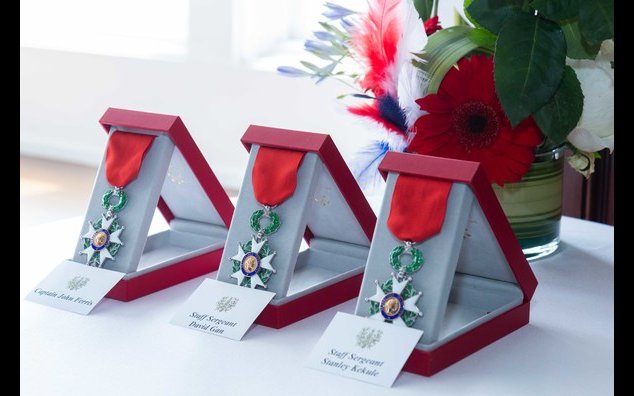 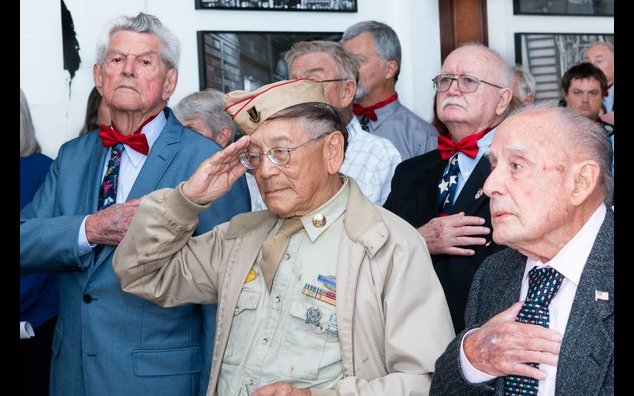 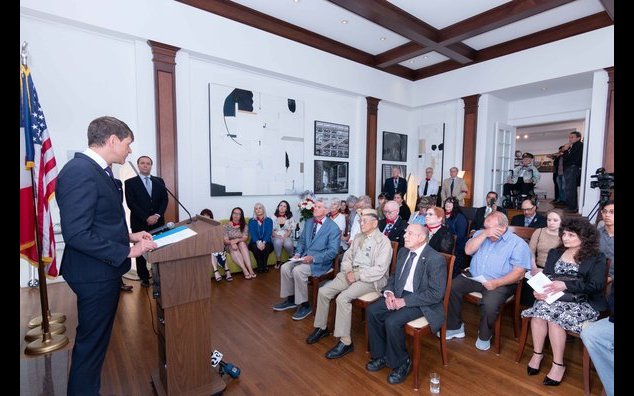 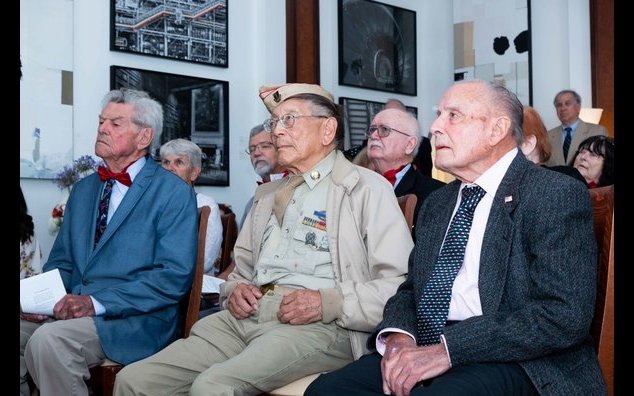 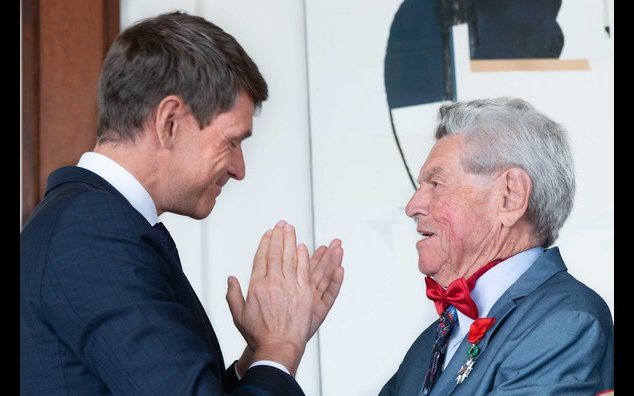 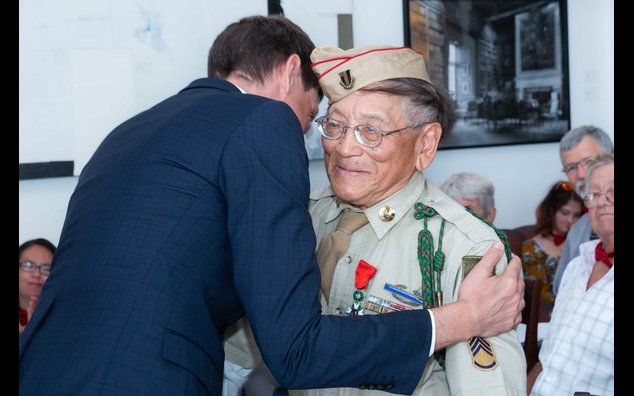 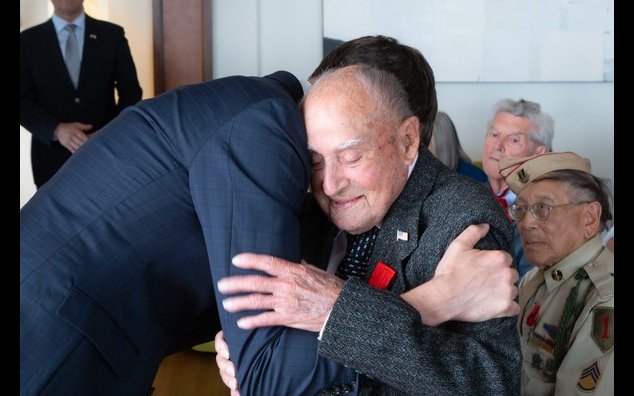 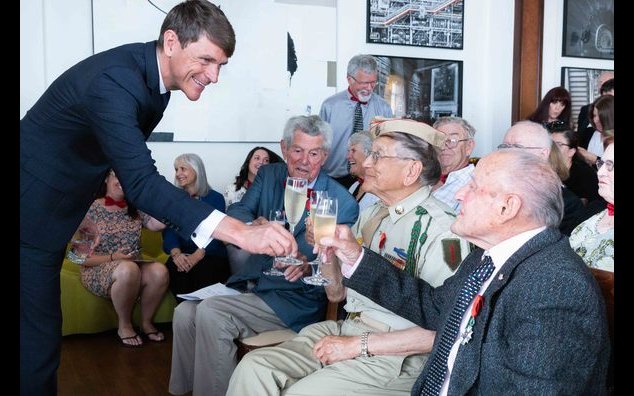 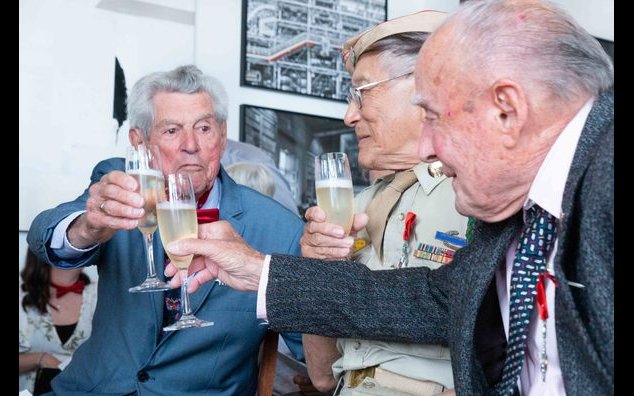 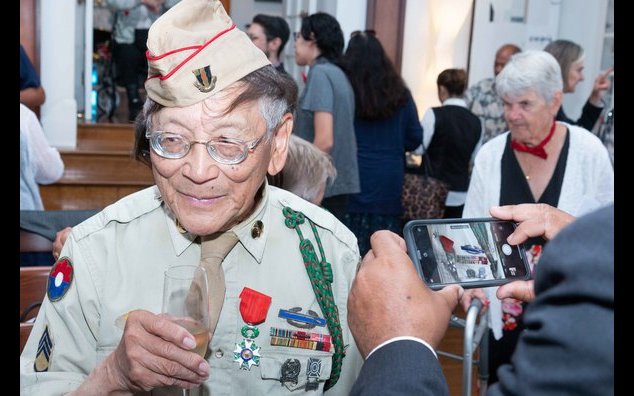 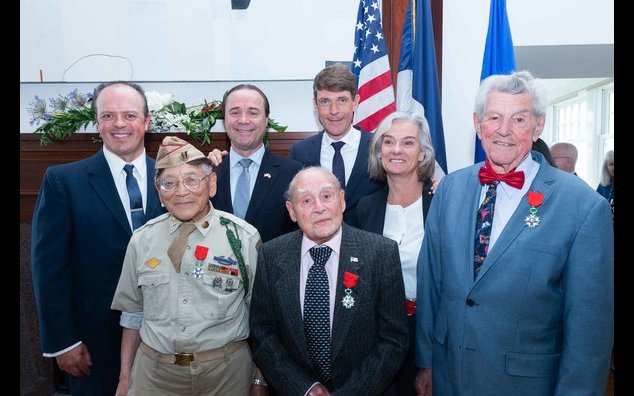 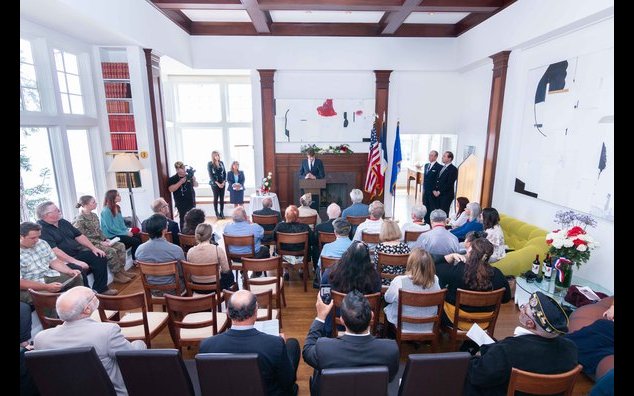 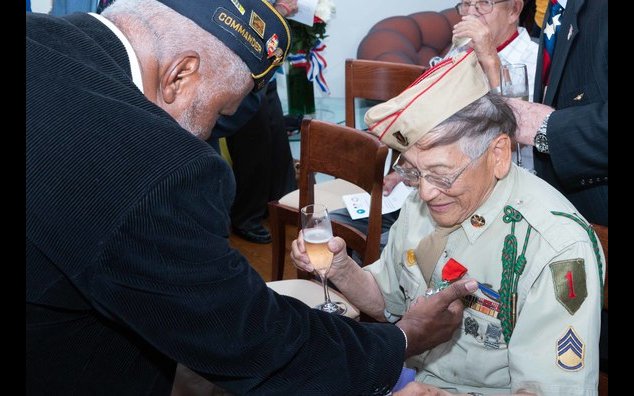 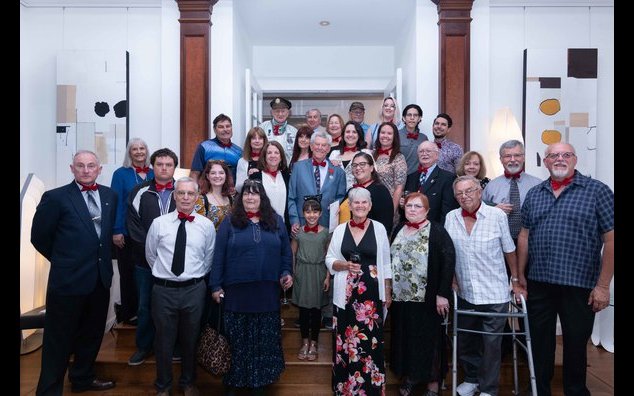 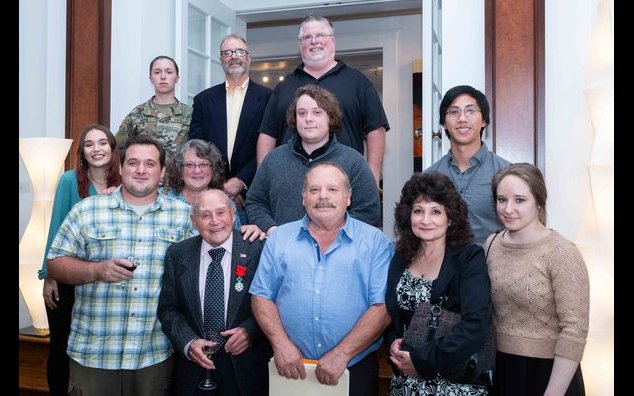 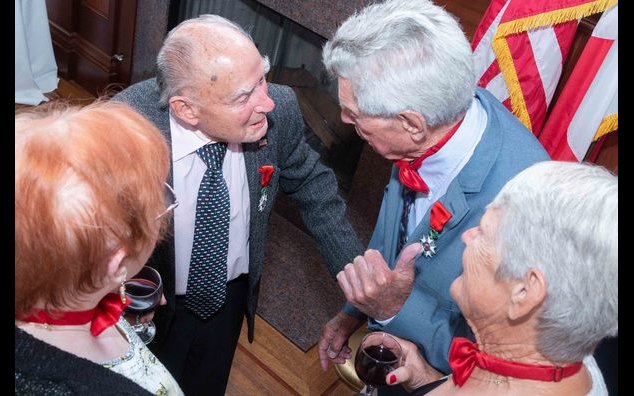 On Thursday, July 11, French Consul General in San Francisco Emmanuel Lebrun Damiens had the privilege to confer three American veterans with France’s highest honour - Knight in the National Order of the Legion of Honor - in recognition of their courageous and heroic acts in France during World War II.

The celebration took place at the Residence of France and was timed with the French National Day also known as Bastille Day, a celebration during which France celebrates freedom and democracy.

Established in 1802 by Napoleon Bonaparte, the Legion of Honour is France’s highest award and is conferred upon men and women, either French citizens or foreign nationals, for outstanding achievements in military or civilian life. To be eligible, living veterans of all the United States branches of the armed forces must have fought in at least one of the 4 main campaigns of the Liberation of France: Normandy, Provence, Ardennes or Northern France between October 1943 and May 1945. The French Consulate in San Francisco is pleased that Captain John “Jack” Ferris, Staff Sergeant David Charles Gan and Staff Sergeant Stanley Kekule met all the requirements.

The award ceremony had been followed by a cocktail with Veterans’ families and close relatives.

Captain John “Jack” Ferris was born July 17th, 1923 in Portland, Oregon. He enlisted in the US Army Air Force September 1st 1942. John was classified for navigator training at Pan American Airways Navigation School in Florida, which was completed in April 1944. In July of 1944, he was assigned to a B24 crew and deployed to Italy to join the 15th Air Force, 484th Bomb Group, and 824th Bomb Squadron. Combat missions were flown to Italy, Germany, Yugoslavia and Austria. In September they were sent to Southern France to fly support missions. He returned to Italy and on February 1st, 1945, on his 22nd mission, he was shot down over Vienna, Austria. 6 weeks later he returned to Italy and flew 6 more missions. For his actions, he received Awards including The Distinguished Flying Cross, Air Medal with two Oak Leaf Clusters, and two Presidential Unit Citations. After the war was over, John returned stateside and was discharged. He got married, had 4 daughters, 8 grandchildren and 1 great granddaughter. He currently resides in Rockaway Beach, Oregon.

Staff Sergeant David Charles Gan was born on September 26th, 1925 in Nevada City, California. During the war while in High School (Grant Union High North Sacamento), David was employed at McClellan Air Force Base, Sacramento, CA. He was assigned as a guide and escorted visitors and employees throughout the Air Force Base. He checked identification and kept a lookout for suspicious behavior. David volunteered while still in High School and was inducted into the army on October, 9th, 1943. He had basic training and infantry training at Fort Ord CA. On June 6th, 1944 he landed on Utah Beach fighting in the Bay of the Veys, Saint-Marie-du-Mont, Barfleur, Saint-Vaaste-Hougue and Cherbourg in the Battle of the Cotentin Peninsula. Pvt Gan was a rifleman with the 9th Infantry, 60th Combat Regiment, and 3rd Battalion and witnessed the devastation, destruction and humiliation of the French people, towns and villages. The Battle of Cotentin was the worst hit region in the Normandy invasion. Pvt Gan was awarded the Bronze Star Medal for Valor under fire on June 11th, 1944 by distinguishing himself in defending a natural line of defense from Saint-Saveur-de-Pierrepoint to Port-Bail. In holding and defending that line it prevented the Germans from penetrating or exiting the Peninsula of Cotentin by bringing reinforcements to the Nazi Cherbourg garisson. In the first 100 days of the Normandy campaign, approximately 20.000 civilians were killed, 40.000 allies died and 50.000 Germans were also killed in securing the Cotentin Peninsula. In June 1989, Mr. Gan went back to France to revisit Utah beach landing and tour his outfit battle sites at Utah Beach Head museum, Normandy. During his visit the city of Saint Marie du Mont and Utah Beach awarded Mr. Gan an Honorary Citizenship on June 21st. Mr. Gan awards and citations bestowed are the following: The Combat Infantry Medal, Sharpshooter Medal, Bronze Star Medal, Good Conduct Medal, American Theatre Medal, European African Middle Eastern w/one Bronze Star Medal and Occupation Medal (Germany). Mr. Gan is a proud member of the Disabled American Veterans and has been a life member since 1951; He currently is member of Chapter 25, Berkeley, California.

Staff Sergeant Stanley Kekule was born in Sacramento California on October 12th, 1919. Stanley entered the Army in 1941 and joined the 298th General Hospital, in Plymouth, England and crossed the English Channel by ship, then onto landing crafts to the shores of France at Utah Beach in Normandy on July 28th, 1944. From there he was transported by caravan to the city of Cherbourg which had already been cleared by the allied forces prior to his arrival. There, he helped the set up a hospital which was used before by the Germans during their occupation. It was originally a French Naval Hospital. This was the first US general hospital on French soil after D-Day. During the few months there, from July 29th to October 1944, this structure admitted and treated 7718 patients, mostly surgical cases. As a corpsman in the Medical Department Stanley was assigned as a scrub and circulating nurse in the operating theaters assisting the operating surgeons. As the war progressed, he left Cherbourg, France on October 29th, 1944 and went by rail to Liege, Belgium, where he helped to set up another 2000 bed tented hospital. Stanley finished his military service at the Presidio, here in San Francisco, in 1962 as a Sergeant Major after 21 years of service. Stanley married in 1949 and had 6 children and 5 grandchildren. Stanley currently lives in Marysville California.