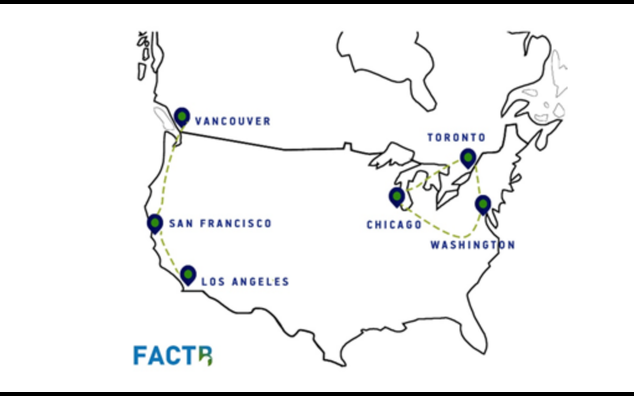 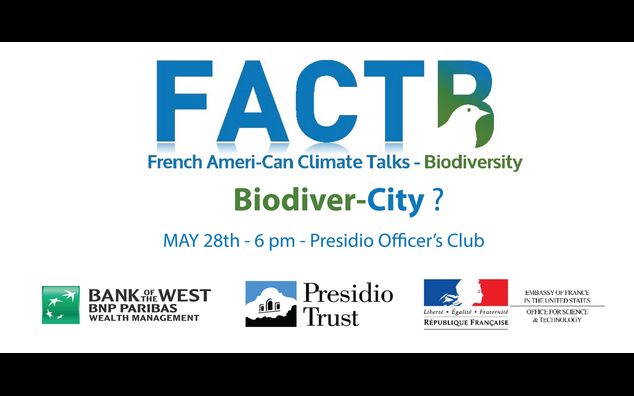 Urbanization is one of the biggest threats to biodiversity, but in the wake of climate change, can we turn cities into safe harbors for endangered species through daring preservation initiatives?

The United Nation’s Intergovernmental Panel on Biodiversity Ecosystem Services (IPBES) just released its worldwide assessment on biodiversity, validated by 132 representatives and thousands of experts. To learn more about this assessment, the Embassy of France in the United States, Bank of the West and the Presidio Trust welcome Anne Larigauderie, Executive secretary of the IPBES, and Jean François Silvain, Director of Research at the French National Research Institute for Development and President of the Foundation for Research and Biodiversity - who have both participated in this report - and who will take part in a special panel talk where they will discuss the necessary steps we need to take to preserve biodiversity in urban areas.

Two speakers will join them for this event : Lewis Stringer, Associate Director of Natural Resources at the Presidio Trust, and one of the leaders of the Urban Biodiversity Index Initiative for his unique and extensive field experience on implementing conservation initiatives in urban areas; and Justin Brashares, Professor and G.R. & W.M. Goertz Chair at UC Berkeley, whose academic work on biodiversity has illuminated the interactions between human communities and animal populations. This panel is part of the FACT-B conference series.

Following the success of the French Ameri-Can Climate TalkS (FACTS) developed in the lead-up to the COP21 (the Paris Agreement) and the series dedicated to oceans (FACT-O), the Embassies of France in the United States and Canada are launching the French Ameri-Can Climate Talks - Biodiversity (FACT-B) in 2019. This includes two series of conferences in six cities (San Francisco / Los Angeles / Vancouver / Washington / Chicago / Toronto). FACT-B San Francisco opens the event at the Presidio Officer’s Club, on May 28 at 6:00 pm.

As part of the conference, the French cartoon artist Jeremie Royer will share drawings from his latest collection of work: "Audubon, on the wings of the world" and "HMS Beagle: The origins of Darwin". The former book tells the story of John James Audubon, a French-American naturalist whose ambition was to paint and describe all the bird species in America. This artwork is available to view in the Anza Room at the Presidio Officers’ Club.