B. Kouchner: The Internet: an International Political Challenge 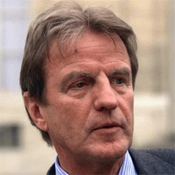 In 2015, three and a half billion people — half of mankind — will have access to the Internet. There has never been such a revolution in freedom of communication and freedom of expression. But how will this new medium be used? What new distortions and obstacles will the enemies of the Internet come up with?

Modern technology leads to the best and the worst. Extremist, racist and defamatory websites and blogs disseminate odious opinions in real time. They have made the Internet into a weapon of war and hate. Websites are attacked and Internet users are recruited through chatrooms for destructive plots. Violent movements are infiltrating social networks to spread propaganda and false information.

It is very hard for democracies to control them. I do not subscribe to the naïve belief that a new technology, however efficient and powerful it may be, is bound by nature to advance liberty on all fronts.

Yet, all the same, the distortions are the exception rather than the rule. The Internet is above all the most fantastic means of breaking down the walls and boundaries that close us off from each other. For the oppressed peoples, who have been deprived of their right to self-expression and the right to choose their own future, the Internet provides power beyond their wildest hopes. In minutes, news and images recorded on a telephone can be disseminated worldwide in cyberspace. It is increasingly difficult the hide a public demonstration, an act of repression or a violation of human rights.

In authoritarian and repressive countries, mobile telephones and the Internet have given rise to public opinion and civil society. They have also given citizens a critical means of expression, despite all the restrictions.

However, the temptation to repress free expression is always present. The number of countries that censor the Internet, that monitor web users and punish them for their opinions, is increasing at an alarming rate. The Internet can be used against citizens. It can be a formidable intelligence-gathering tool to spot potential dissidents. Some regimes are already acquiring increasingly sophisticated surveillance technology.

If all of those who are attached to human rights and democracy refused to compromise their principles and used the Internet to defend freedom of expression, this kind of repression would be much more difficult. I am not talking about absolute freedom that opens the door to all sorts of abuses. Nobody is promoting that. Instead, I’m talking about real freedom, which is based on the principle of respecting human dignity and human rights.

In the last few years, multilateral institutions, such as the Council of Europe, and non-governmental organisations, such as Reporters Without Borders, along with thousands of individuals around the world, have made a strong commitment to these issues. This is proof, if proof were needed, that this issue does not pit the West against the rest of the world. No fewer than 180 countries meeting for the World Summit on the Information Society acknowledged that the Universal Declaration of Human Rights applies fully to the Internet, especially Article 19, which establishes freedom of expression and freedom of opinion. And yet, some fifty countries fail to live up to their commitments.

For the occasion of World Press Freedom Day, I have brought together experts, NGO leaders, journalists, business people and intellectuals this week. Their discussions have confirmed my conviction that the path we want to take is the right one. I think that we should create an international instrument for monitoring the commitments that governments have made and for calling them to task when they fail to live up to them. I think we should provide assistance to cyberdissidents, who should get the same support as other victims of political repression, and show our solidarity with them publicly, in close collaboration with the NGOs working on these issues. I think that we should also discuss the wisdom of adopting a code of conduct regarding the export of technologies for censoring the Internet and tracking web users.

Read the rest of the article in the Huffington Post.