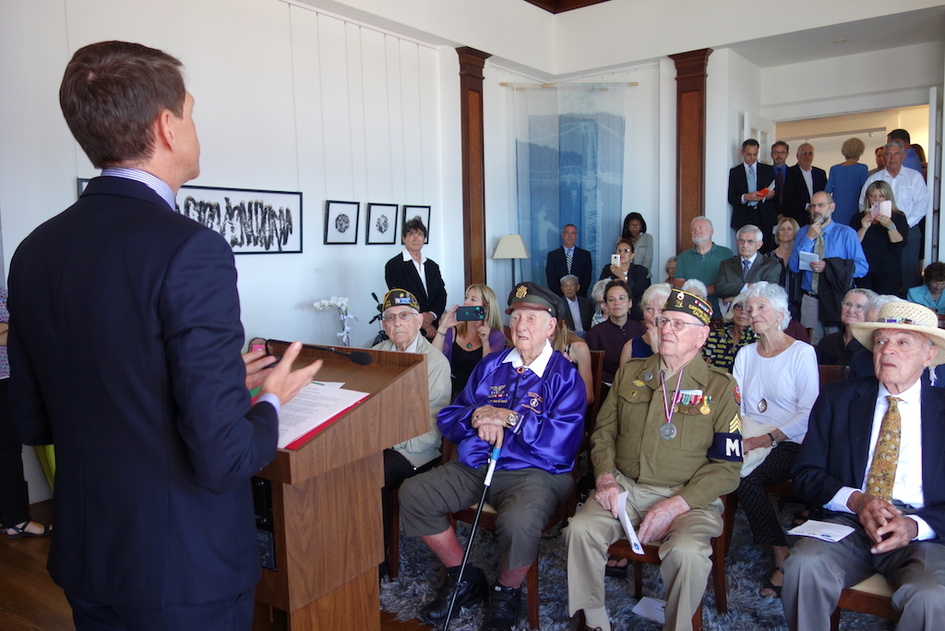 He was born in Newark NJ on July 22nd 1923 to Emanuel and Lilly Shoehalter, immigrants from Russia at the turn of the century. In 1940 he matriculated at Rutgers University in biological sciences major in the Agricultural College. In November 1942, with World War II in full flow, Nathan enlisted in the Army. After basic training in combat first aid and triage at Camp Blanding in Florida he was transferred to the University of Pittsburgh, where he was assigned to an engineering curriculum. Following the American invasion of France on June 6, 1944, Nathan was transferred from the 66th to the 95th Infantry division. He served 7 months as a combat medic in France, the Low Countries and Germany — three of those months in nonstop combat duty. He was awarded the Purple Heart in February 1945. Surrounded by the dead and dying, the wounded in mind and body, the fear-stench-and-din of battle, the 21-year-old Nathan grew up way too fast. He provided first aid and comfort to literally hundreds and hundreds of wounded and dying soldiers. Soon after the close of the war in Europe in May 1945, Nathan was dispatched to the American University at Biarritz for a brief interlude, while awaiting word of likely reassignment to the Pacific Theater of war. Japan’s surrender in August meant that the troops were free – finally – to return home. His university studies in Biarritz and a serendipitous visit to the Armed Forces Radio Network station played a major role in his future professional life. 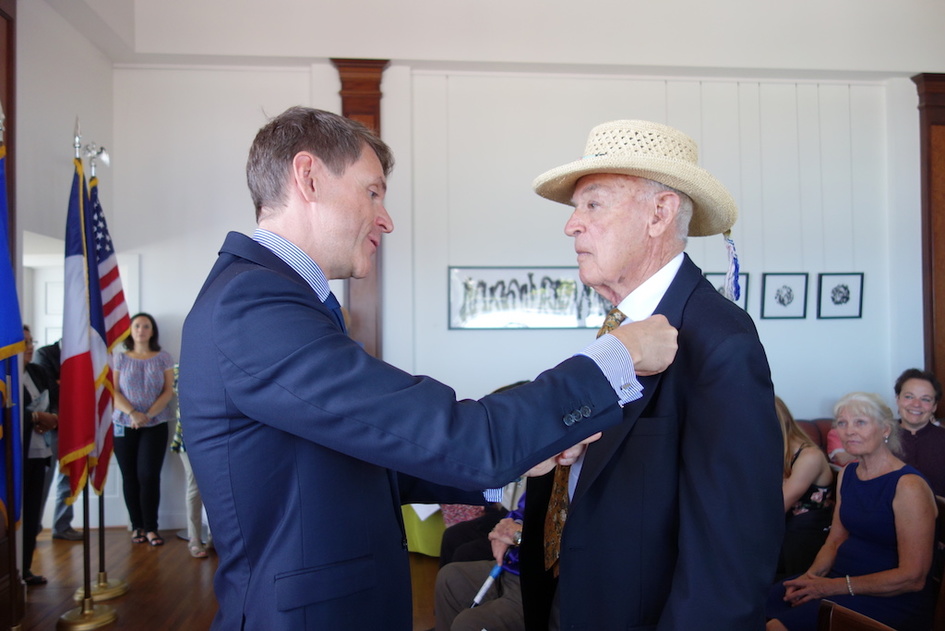 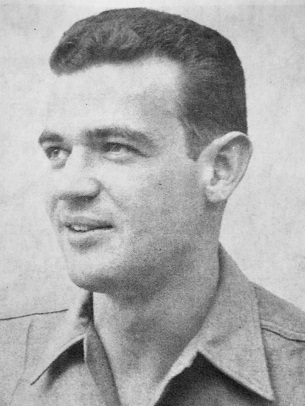 He was born in Visalia, California on May 2 1924. He joined the Army on February 23rd 1943. He attended basic training in Cheyenne Wyoming and was then assigned to Portland, Oregon for training in graveyard and cemetery training. He was sent to England in April 1944 and assigned to the 607th Quartermaster Graves Registration Company prior to D-Day. Following the landing at Omaha Beach in Normandy, France, June 6 1944, Vito’s company established cemeteries and graveside sites for the deceased soldiers. Vito was field promoted to S/Sgt + T/Sgt as they proceeded thru Europe to Germany setting up cemeteries and graveside sites. He returned to the states on December 1945 and was discharged from the Army in Marysville, Calif December 26, 1945. While serving in the European theater he received many ribbons and awards. He returned to Visalia early in 1946 to pursue various business opportunities, including the building and installation of commercial and residential custom-built cabinets. 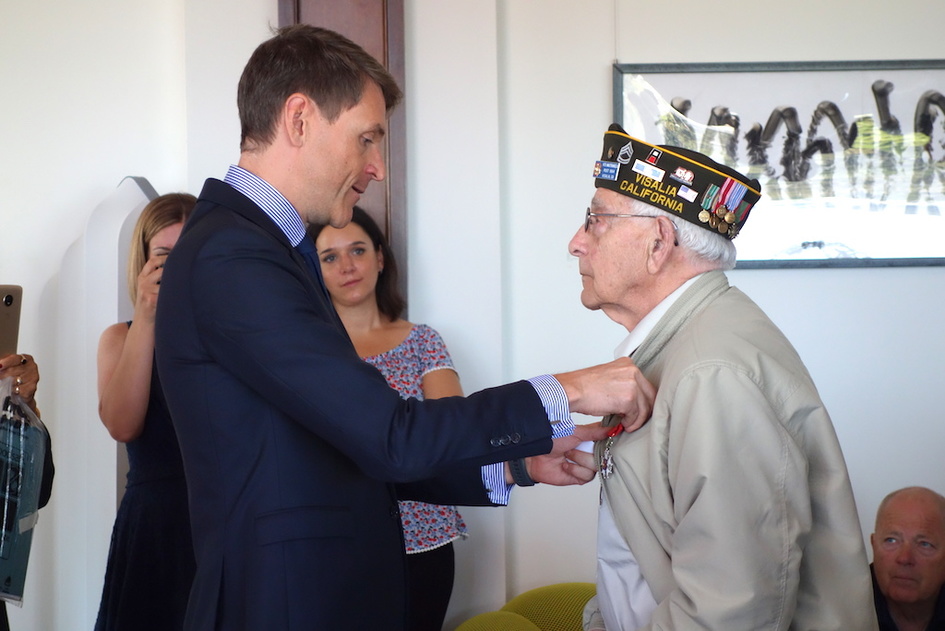 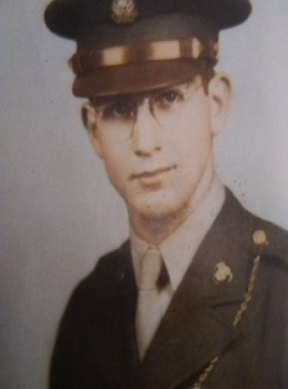 He was born in Los Angeles, CA on March 19th, 1922. Ryan Michael O’Brien enlisted in the Air Force in February, 1943. After basic training at Keesler field in Mississippi, he was sent to the University of Arkansas for 6 months which they said was equivalent to 2 years of college and then to preflight training at Ellenington Field in Houston, Texas. In December, 1943, went to the Pan American Celestial Navigation School at the University of Miami in Coral Cables, Florida. Graduated in June, 1944, and commissioned a second lieutenant. Of the 250 cadets, he was the only one to receive 100% on the final exam covering the theory of celestial navigation. 50 of the 250 cadets did graduate, 60 were awarded flight officer and 140 were commissioned officers. He joined the 10 man crew at March Field, Riverside, California and began the training in a B24. In July, 1944, his crew was issued a B24 and flew it from Hamilton Field in Northern California to Cerignola, Italy, by way of New Foundland, Azores, Marrakech, Morocco, Tunis, and then to Italy. Celestial navigation training was very important for the midnight flight from New Foundland to the little island of Azores off the coast of Africa, flying over the North Atlantic with no radio or any other means of navigation available. His first mission was August 15th, 1944, the invasion of Southern France at about a mile south of Saint Rafaël and 40 miles west of Nice. They were scheduled for a second mission there the next day but General Patten had already taken the target and the mission was canceled. He followed with 34 more missions including Ploesti, Vienna, Milan, Augsburg, Sarajevo, Blechhammer, Innsbruck, Moosbierbaum, Linz, Munich, Budapest, Zagreb, Bologna, Bratislava, Wiener Neustadt and Graz. His tail gunner was credited with 3 Messerschmitt 109’S and his waist gunner with a probable. The tail gunner shot down the 109 that fired the 20 MM shells into the gas tanks in the wing but the shells did not explode. The shells came from Oskar Schindler’s ammunitions Factory in Czechoslovakia minus a firing detonator and were supplied to the German by Schindler. This saved their plane from being blown out of the sky. His crew and hundreds more American and allied airman were saved. This added his crew to the Schindler’s list of the 1,200 Jews Oskar Schindler saved from the gas chamber. Ryan was awarded the Distinguished Flying Cross, 4 Air Medals, the Order of the Purple Heart, the European African Middle Eastern Medal with 3 Battle Stars and now, the Legion of Honor from the French government. His 484th bomb group was also awarded the Presidential Unit Citation for their part in the destruction of oil refineries in Romania. 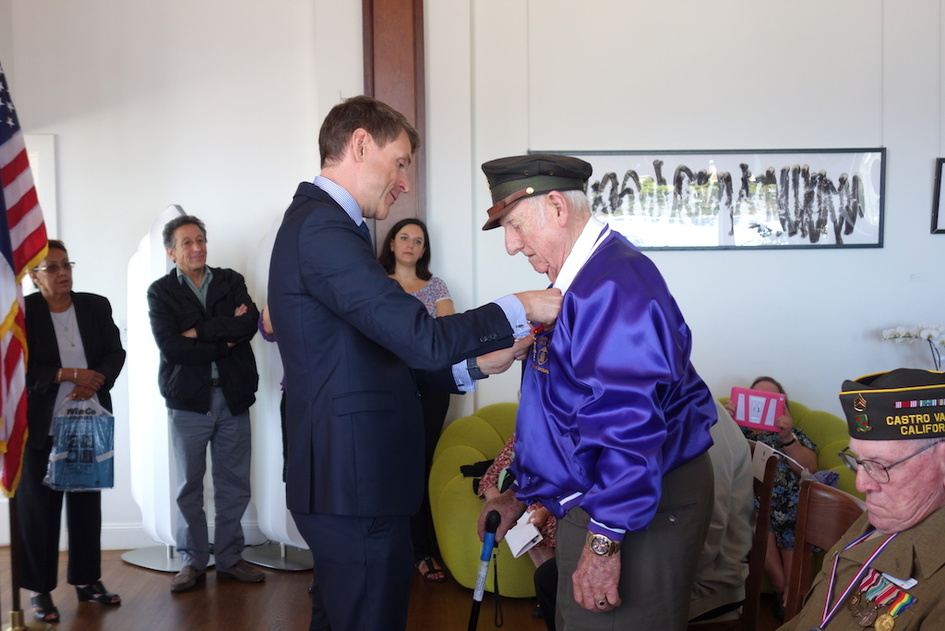 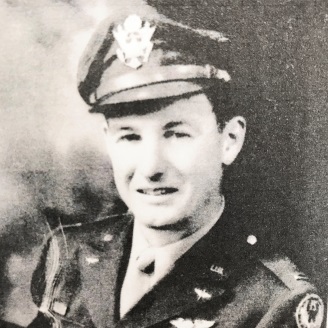 He was born in Glen Ullin, ND on January 21st, 1925. Peter’s family moved to California in 1936. Peter began his active duty on March 11th, 1943. He went to Camp Maxey, Texas for basic training, and was put into Co. B of the 793rd MP Battalion. He departed New York on February 2nd, 1944 on the Queen Elisabeth for England, where he learned the ropes of convoy duty, including riding motorcycles. On August 2nd, 1944 he landed on Utah Beach in Normandy, France. On August 24th, he was dispatched to set up the Red Ball Highway. In November, 1944, he was sent to Antwerp, Belgium. The whole Battalion was engaged in the security of the Port, which lasted through the Battle of the Bulge and the end of the war with Germany. 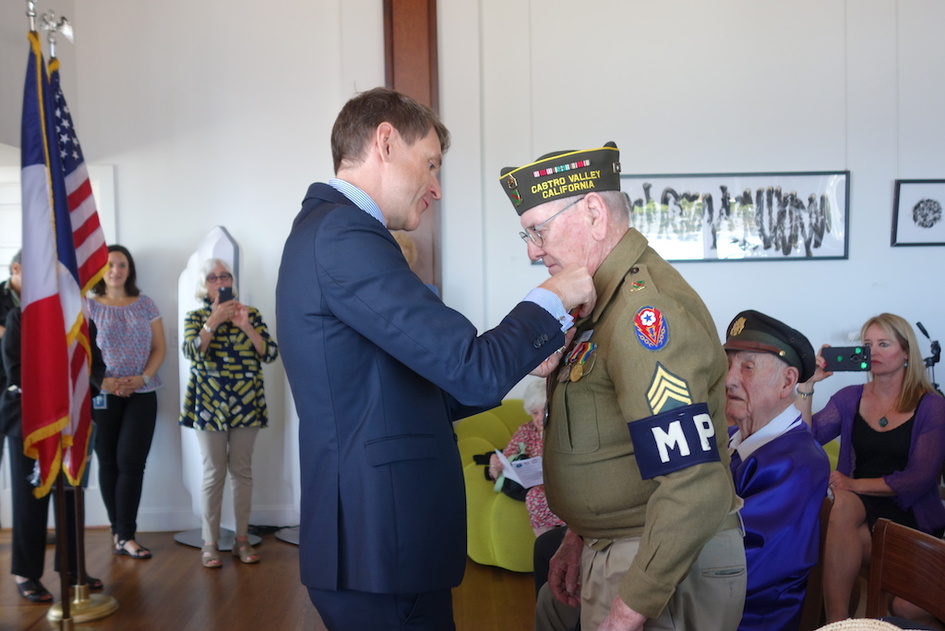 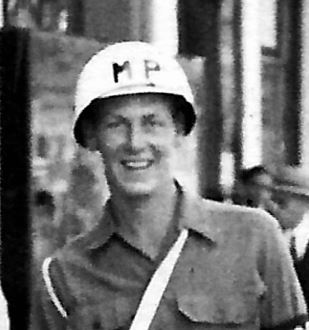 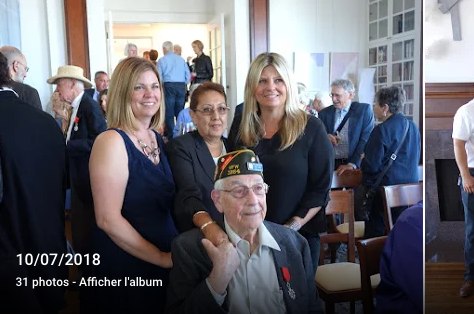